Everything that is done in the world is done by hope. 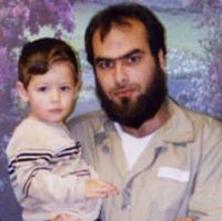 Masoud Khan's Statement to the court

All Praise is to Allah and may the peace and blessings be upon Mohammed, (SAS) and may peace be on the one who follows the guidance.

I kindly request the Court's indulgence to give me a chance to completely express myself before my life is sentenced away.

I am an American citizen, born in this country, and will always maintain my innocence of conspiring and intending to bring any harm upon the American people. I have no doubt that I am innocent of the charges brought against me and that surely justice will prevail in good time.

We can find many instances in U.S. history of justice being served in all fairness through laws finding their source ultimately from divine revelation. We can also find unfortunately examples of injustices replete in U..S. history. Injustices you will find are due to biasness or due to man-made laws created to serve for baser motives, having no foundation in divine scriptures. One good example from many of these injustices was the selected prosecution of African Americans using segregation laws, and to quote Dr. Martin Luther King, Jr., who during his incarceration in Birmingham Jail, wrote so eloquently in a letter to his fellow clergymen who rebuked him for the defense he was taking on behalf of true justice:

In other words what Dr. King was saying or alluding to was in order for there to be true justice and freedom for mankind from oppression in all its various forms and colors, one must live and judge by divine laws that are established for us by our Creator.

It was with this in mind that prophets were sent to free man from being lured to the worship of creation in any shape or form by setting up rivalries with God, either be it in the form of other gods, supposedly deified beings or inanimate objects, or one's own base desires that lead to vices in the name of freedom, and even by worshipping each other by giving man the authority to formulate laws for which God has sent no such authority.

This is the true essence of Islam from Adam all the way down to Mohammed, peace be upon them all in its unadulterated form. It is only with these two aspects that man becomes truly free and just, by giving absolute worship to their creator, and by governing all their affairs with a system provided for them by God. It is only logical that as our creator has fixed for us laws in the great expanse of the universe running its course in a sublime and systematic way that ensures our well being. He has also provided laws for mankind on earth to govern their lives in a just and balanced way. Islam doesn't advocate in any way for us to shun the material advancements of this world, but rather encourages us to live this life to the fullest without ever losing focus of our ultimate goal and achievement, which is eternal life in the Hereafter.

I felt it imperative to try and clarify this viewpoint of Islam, since the government has tried to say that I am following a brand of Islam that is ruthless, demonic, and which tries to force its will upon others. There can be nothing further from the truth. I as a Muslim want nothing more than to bring about awareness and change from those who continually seek to oppress mankind by taking away their enlightenment in worshipping one God and giving Him full judgment in all their affairs. Sadly, we can see in this country and countries all over the world a conspiracy to drive religion from the lives of people in their courtrooms, schools, and in general. The people behind this great conspiracy seek only to manipulate and control the great masses by leading them blindly to their subservience in order to achieve their evil gains.

Even Muslims today here in America and abroad have fallen victims to this plot. Muslims have become divided amongst each other in enmity only because they have been led astray from the basic foundation of their beliefs that the full worship and judgment belong only to God. There are those who have forced themselves upon the Muslims as their so-called leaders in our local mosques and organizations by setting up a system of manmade bylaws in order to secure their position and agenda over the Muslims. The Muslims need to bring an end to this since it is only through their well-intended charitable resources that such individuals flourish, leading to nothing but dissention and disbelief. The Muslims must bring back truth and justice to their communities by insisting that all worship and judgment belong only to God. And they must maintain this belief in concept, and practice under only one common leader, known for his knowledge and practice, to represent all Muslims. It is only in this way that oppression can be removed from us, and it is only in this way that we will be able to set a good example for others.

I believe that due to the lack of evidence in this case, it is for these beliefs that I have been found guilty in a preemptive way. This case is a clear example of selective prosecution and to put it bluntly, even though it may cause distaste with some, had I been a Zionist Jew or Christian who trained in Israel to fight against the Palestinians, I would have never been initially charged with violating the Neutrality Act, nor do I think Mr. Kromberg would have ever dreamed of indicting me if that were the case.

Nevertheless, as I have stated earlier, justice will soon prevail more so in the near Hereafter when all injustices will be addressed in an everlasting judgment. I am thankful for all the support everyone has given me, especially my Mother, my family, and those who have been foremost in coming to my aid. I pray that God may protect and preserve them and their families.

Subhana kala hummaa wa bi-hamdik ashhadu an la ilaha illa anta astag siruka wa atubu ilayk. (Glory be to our Lord and All Praises are due to Him, I bear witness that there is NO God except One God (Creator of the Heavens & All that exists), We seek His forgiveness and repent to Him).

I am an American citizen, born in this country, and will always maintain my innocence of conspiring and intending to bring any harm upon the American people.

I have no doubt that I am innocent of the charges brought against me and that surely justice will prevail in good time.

Sentenced to life imprisonment without parole
What crime did he commit?

Masoud, an AMERICAN CITIZEN, was sentenced to life in U.S. prison on 5 March 2004.
The "terrorist conspiracy" case against him is hateful, absurd, and without merit. Like the imprisonment of Japanese Americans (living on the west coast) after the attack on Pearl Harbor, the imprisonment of Masoud and many other innocent Muslims after 9-11 is a crime of bigotry and untempered fear.

My son, Masaud Ahmad Khan (Masoud), has been imprisoned now for 13 years.  His sentence was unjust and he declared his innocence from all the charges imposed against him by the Government.  He was given life imprisonment without parole because he refused to plead guilty and cooperate by testifying against others.  The Judge in his case issued the comment that the sentence imposed upon him was “draconian” but that her hands were tied due to the sentencing laws.  Other defendants involved in his case (called the Virginia Paintball case) were given various sentences and some are now free, not because their actions were any different, but because they agreed to plea bargain and cooperate with the government by pleading guilty.  If, indeed, their cooperation had been of revealing the truth, I would have no objection; however, they cooperated instead by testifying against Masoud in order to buy their own freedom.  Only Seif Chapman and Masoud received the longest sentences not because they were guilty of committing a crime against the United States, but because they refused to plead guilty and to testify against others who might also be innocent of a crime.

Masoud is and has always been a loyal American, born and raised in this country.  He continues to pray for release and recognition by the US Government that he did nothing wrong, did not receive a fair hearing in court, and is innocent of all charges against him.  At most he is praying for a reduction in his life sentence without parole to enable him to eventually be released and rejoin his son and family members.

Masoud is now asking for a pardon or commutation of sentence from President Obama.  A Petition for signature is attached as well as a request for a letter of support (sample also attached).